“The Pastor Who Brought Me Back from the Grave” 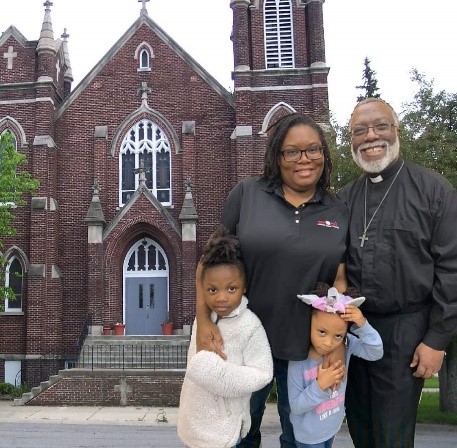 No, I wasn’t literally dead, but people sure treated me like I was. In 2008, the life that I had planned lay in ruins. The marriage that I had fought tooth and nail for over a decade lay smoldering at my feet, destroyed by jealousies, insecurities, and a guy who I knew didn’t mean me any good, but I didn’t know just what he was doing.

My eight-year-old son and I were all that we each other had, along with a great aunt that needed my help, but was unwilling to admit it. I tried to focus on them, while I dutifully signed papers and attended hearings. I tried to find a way to stop what was now inevitable, barring a miracle from the God whom I had served as a preacher, Sunday School and Bible Study teacher, and witness for most of my life. The rest of my family lived half a continent away in Northwest Indiana, and the church that we were then attending had been chosen by my soon-to-be ex-wife.

As the divorce wound its way through the court system, I tried going to the local Baptist and Pentecostal churches. Everything would be fine until they began to ask where my wife was and why she wasn’t coming to church with us. Then would begin the process of putting me back in my coffin of the dead former husband.

This particular Sunday started almost the same as all the others. The only significant difference was the invitation that brought me to a church named Promise Lutheran Church in Murrieta, CA. One of the parents in my son’s martial arts class had invited us, and now—basically in answer to the whispered, “What the heck do you have to lose?” in my head—I drove the 30 minutes that it took to go from Perris to Murrieta, and up the driveway to what looked much like any other SoCal Evangelical Church, complete with casually-dressed people getting out of cars that looked much nicer and newer than my 10-year-old Acura Legend, which was just slightly older than my son, D2.

The worship was fine, typical California casual. The sermon was different, though. Less cheerleading and soundbites about how God wanted to make me happy, and more information about a God who was with me in my suffering, and who was graciously doing so because He wanted to identify with me. Oh, and the man knew his Greek—not W.E. Vine anglicized transliterations, but real Greek!

I talked to him after the service. He impressed me as being a pastor around whom I would not have to pretend I knew less than him. I really did know less than him, thanks to four years of study in a real seminary program. Chris Deknatel, a Baltimore native who had seen some things, but gave up his own pursuits to follow Christ’s pursuit of souls, sounded like a guy who could teach me how to live in the forgiveness of Christ.

And he did show me how, while allowing me to reconnect with a former passion for music, and helping me to train up my son in the way that he should go, for 3 years. Along the way he showed me that I was not dead yet, and I had not been “sentenced” to single-fatherhood. Along the way, he nurtured a love for God’s Word and for sharing it with God’s people. I thought that had been buried with the corpse of my former marriage. He showed me, in his passionate work in a congregation that he planted with his family, and his love for his dear wife, Lori, and their three daughters, that marriage can be a joyful celebration of God’s first article gifts.

In 2011, he talked me into going into the Cross-Cultural Ministry Center program at Concordia University Irvine, allowing for an amazing friendship with a young California girl, Lenita Denise James, to take a turn for an unexpected romance that culminated in a beautiful wedding in June of 2012. My son looked great in his tuxedo as my best man, and I played the drums for a praise band that consisted of our two church’s music teams. During my coursework at CUI, he served as my vicarage supervisor, and taught me things about church planting that I would have never learned from the many interesting books that I had to read.

Pastor Chris gave me, by his faithful preaching of Christ for me and the beauty of repentance, the power to live again, as a man, as a parent, a husband, and, in 2015, as a preacher of the pure Gospel. I would not be a national missionary serving in Gary, IN, my hometown, with LCMS Mission Field: USA, if it weren’t for the ministry of Rev. Chris D. Deknatel and Promise Lutheran Church of Murrieta, CA.